Those bastards in caps come to have fun and relax by the seaside instead of continuing to work in the factory looks at the emergence of paid holidays and the oeuvre of the neo-impressionists. It relates the implication of tourism and free time with the utopian vision of the French artists, who used landscape painting and pointilism as a tool to depict a society of leisure and harmony.
The photo-prints result from painting and perforating directly into photo negative after exposing them to light. They refer to paintings by Paul Signac, Georges Seurat and Henri-Edmond Cross, interpreting the effect of light and colour of each representation.
The tile of this project is taken from a french newspaper arcticle defaming the approval of the first paid holidays for workers in June 1936.
2015
various sizes
inkjet print, framed

Os banhistas (Bathers)
Free. To do Whatever We
What's Love Got To Do With It
The Waterslide of Abstract Art 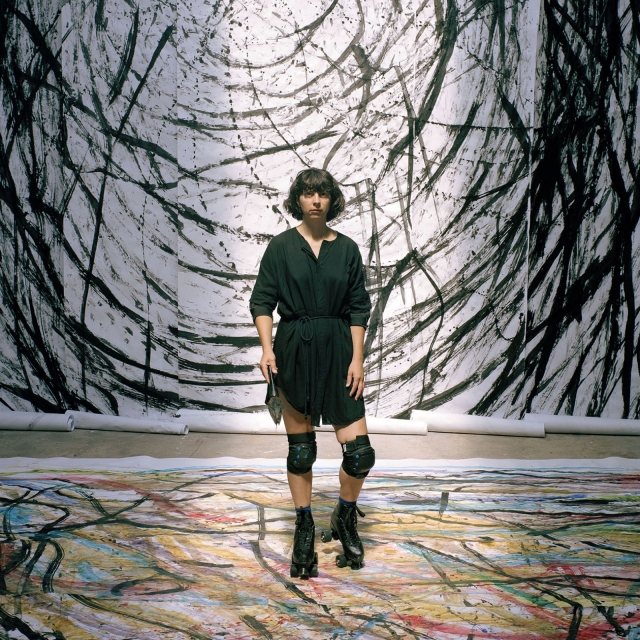