It was during a walk through the historic center of Maastricht that the artist came into contact with a wall of composited marlstone, a variety of rock that’s typical of the region. Photographing the wall marked the starting point of an investigation into the city, as carried out through the act of re-tracing; understanding the city through the development of one material’s history. Known as the Limburg marlstone, it was, for the most part, deposited during the Cretaceous geological era that lasted from around 66 to 145 million years ago. Today, the material resides underground in an expansive quarry network, where it is extracted for various uses throughout the city of Maastricht and region of Limburg. From 119m below to 152m above examines the coexistent make-up of the city’s urban and rural landscape through the lens of this material. It does so primarily through performative action, which is here documented and manifest as an installation comprising video and photography.
This work was produced during the RURBAN Masterclass; Landscapes on the Move at the Jan van Eyck Academy in Maastricht. Thanks to Fer Rouwet, the Elisabeth Strouven Fund, Mondriaan Fonds
Dual video & 60x90 framed photo 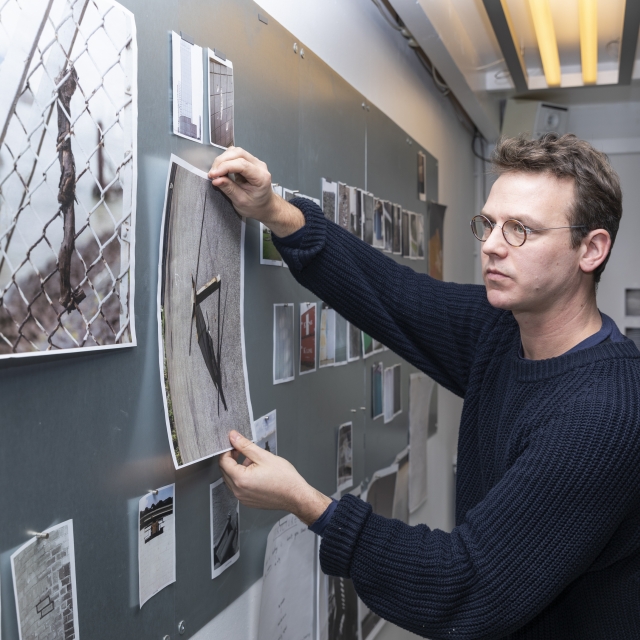