'Charismatic Fates & Vanishing Dates' designates a moment of intense and constant dja-vue. In a nostalgically furnished living room, a little girl is hopping around a table strewn with photos, which an adult woman is brooding over. The image is very stylised, quite reminiscent of the cinema. A voice is talking about the death of a grandfather, about two girlfriends from bygone days, about an accident and a disappearance. The giggling of adolescent girls, a nursery rhyme being recited, a man playing a cello? background noises from a past era fill the room, in which the girl and the woman are occasionally joined by the characters from the hovering memories. Without being able to see or hear one another, they are, as ghosts, part of a personal history in which vaious events were linked with each other and keep remerging. The varying ages can also be heard in the voice-over that sometimes jumps from the woman to the girl and back again. The past is not a clearly defined line, but rather, a room in which things turn up out of the blue, mingle together and then vanish again. (text by Esma Moukhtar)
2006/video

a composition in blue, red & other colors
in the gaze of panoptes
veronica & chantur
a leap year that started on a friday
Shahrzad 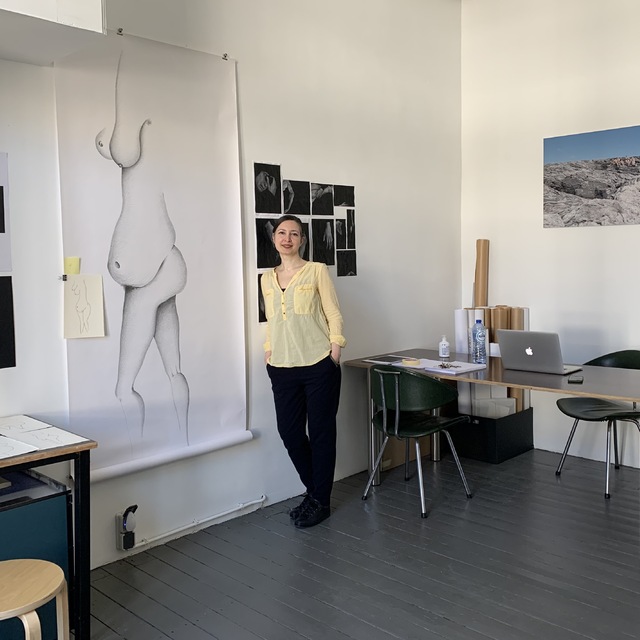