Gil's father couldn't understand why people discarded ritual objects in the street and would collect them and take them back home. Although the family didn't have a religious lifestyle, Gil's mother, Rachel, would put them to use. On Friday nights she lit candles for the welcoming of the Sabbath and to commemorate her mother who died an untimely death and left her, when she was eight years old, to take care of a younger brother and sister.
On Yom Kippur she lit yahrzeit (memorial) candles – one in memory of her mother and the other two in memory of her husband's late parents.
Every year, Rachel would fast on Yom Kippur. She also lit candles on national memorial days – Memorial Day for the Fallen Soldiers of the Wars of Israel, even though she never lost a soldier, and on Holocaust Remembrance Day, although the family connection to the Holocaust was never mentioned at home.
2020, Olieverf op hout met originele kandelaars, 93 x 69 x 10 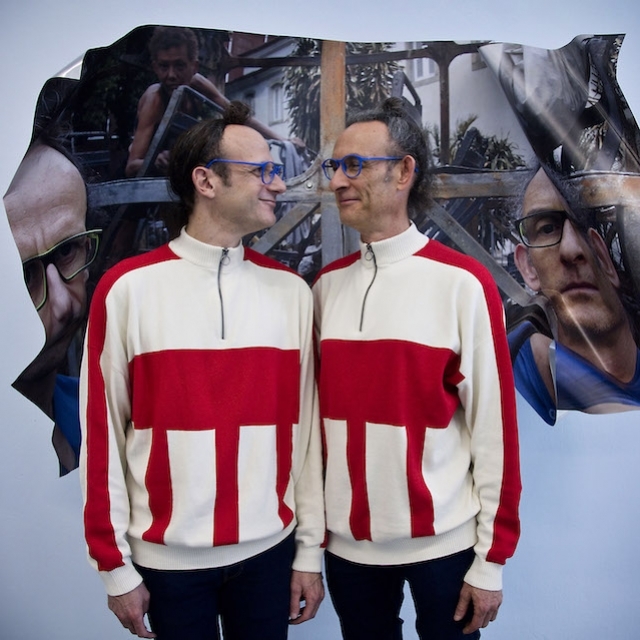