My oeuvre consists of short films, video installations, and drawings that study the notion of time in all variations and subsets. In my work, I analyze the passage of time on historical incidents, human tragedies, and catastrophes, reflecting, recollecting, questioning, doubting, and reconstructing the incidents, creating tangible, untainted, and highly personal narrations. Today, our perception and observation of the world have become dependent on media headlines that we absorb without enough attention neither affection. Oral history, in this regard, becomes a significant source, presenting not only an actual incident but a story to which one can connect, a narrative often therapeutic, both for the teller and the listener. In my work, I usually avoid geographical references to spare my work and me as an artist from the burden of cliché labels and the expectations attached to those labels. Moreover, the contextless nature of my work helps universalize and humanize the topics I address.
Het atelier van Sara op de plattegrond
deel via:
TwitterFacebooklinkedIn

The Headless Trees is my first feature film; structured in chapters, told in reverse order, reviewing the story of Raana (a woman in her mid-50s) and her family, living in an undefined country inspired by historical events of contemporary Iran in the period between the 1980s and 1930s. The Headless Trees will be produced by near/by film and is financially supported by Mondriaan Fonds and DKC Rotterdam.

Agnès, Laura, Helena & the others is the first presentation of my ongoing project; The picture book without pictures, a comprehensive artistic research on the oeuvre of the Czech author Milan Kundera. The project centers on language, examining Kundera’s body of work and his struggle with translation, seeing himself as misinterpreted, mistranslated and misunderstood.
While the first part of the project specifically focuses on text, the second part brings together a series of larger than life-size pencil drawings inspired by some of Kundera’s characters, creating an archive of bodies. These were envisioned and drawn through my reading of Kundera’s literal descriptions which voice his emotional distance, and analytical criticism of his characters’ traits and physical appearances.

Studying the course of event that took place on the first two week of February 2020...

a composition in blue, red & other colors
in the gaze of panoptes
charismatic fates & vanishing dates
veronica & chantur
a leap year that started on a friday
Shahrzad

Sara Rajaei is an Iranian/Dutch video artist and filmmaker based in The Netherlands.

In her work, she studies the notion of time by reflecting on the absence of image, memory psychology, oral history, narrative techniques, and physical/psychological space. Her artistic oeuvre consists of short films, video installations (and drawings) which remain in-between storytelling and imagery.

After her graduation from the Royal Academy of Art The Hague in 2002, Rajaei attended a 2-year residency at the Rijksakademie van Beeldende Kunsten Amsterdam.
In 2009, she was awarded Prix de Rome basic prize.

The oeuvre of the artist Julien Grossmann is interdisciplinary; encompassing video, sound and mixed media installations, as well as sculptures, photographs, performances and large prints of digitally constructed images. All together one finds an astonishingly wide working spectrum for an artist to search, discover, process and express, without borders in thinking nor limitations in technique. Julien Grossmann's artistic practice makes for an inspiring example of contemporary visual art, whose content is layered, complex and feels relevant, while also manifesting into accessible and eloquent forms. 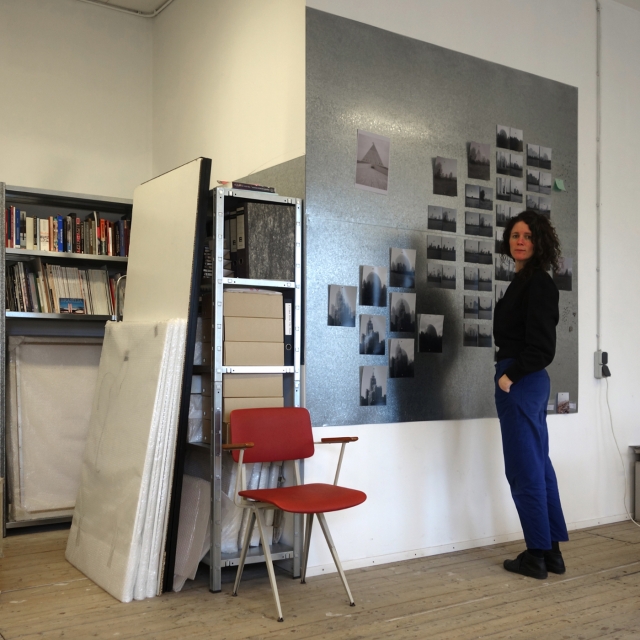