With my practice I focus on the anthropological metabolic processes devising contemporary landscape. I am particularly interested on how our environment has been transformed in the last century through the industrial revolution and great acceleration. Since the Neolithic revolution, through religion and particularly with modernity, humanity has constantly moved out and in contrast with the natural world. Nature became a concept to be exploited rather than a place to live in harmony.

Recently scientists and philosophers have defined the zone in which all life on Earth is created and sustained as The Critical Zone. It is the heterogeneous, near surface environment in which complex interactions involving rock, soil, water, air, and living organisms regulate the natural habitat and determine the availability of life-sustaining resources. Capitalistic society has been driven by the constant exploitation of natural resources, and infinity growth. This has left behind a new layer of cultural heritage (trash, mines, pollution, depleted soils), which speaks out loud of our society and its habits in anthropogeological terms.
Het atelier van Giuseppe op de plattegrond
deel via:
TwitterFacebooklinkedIn
Tagebau Garzweiler, Grevenbroich, Germany.
Soil samples for Terra Moderna, Luxembourg.
ArcelorMittal, Differdange, Luxembourg.
ArcelorMittal, Differdange, Luxembourg.

"Giuseppe Licari’s photos of the toxic dumps and quarries nearby give a more visual, visceral clue to the polluted past – these otherworldly holes look more like they’re Icelandic glaciers, or one of Saturn’s moons. They remind you of scenes from Michaelangelo Antonioni’s 1960s cinema classic Il Deserto Rosso, set around the petro-chemical plants of Ravenna." Christopher Beanland, The Independent UK.

Giuseppe Licari is a multidisciplinary artist living and working in Rotterdam. In his practice Licari explores the socio-economical, cultural and political processes that intervene on, and alter the form of contemporary landscapes. He focuses on the cross-border of the natural world and the built environment, exploring the territories emerging from their encounters with installations, performances, workshops, public art, audio-video recordings and publications.

Licari was born in Sicily in 1980, studied Painting at the Academy of Fine Arts in Bologna, Italy and Monumental Art at AKI Enschede, the Netherlands.

The work of Iratxe and Klaas deals with the notion of work, time, memory and landscape. Unpacking the historical trajectory that brought us to the current situation, their work leads to imagining stories that have been hidden or forgotten in order to understand our present, and write different futures. 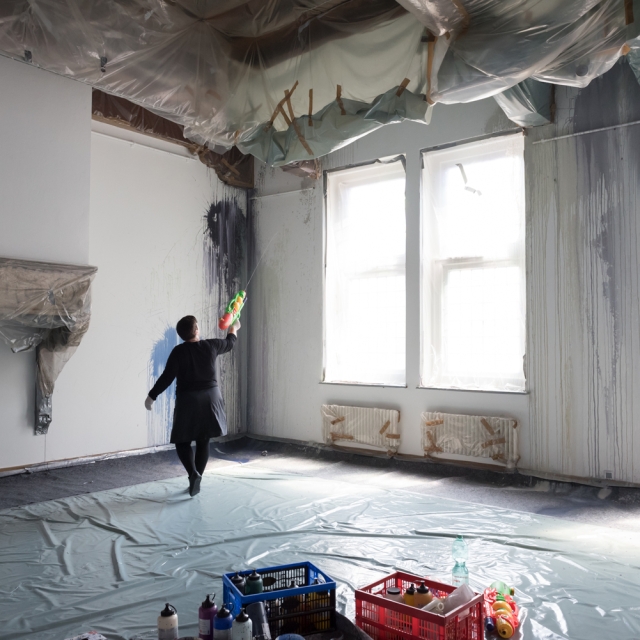