The Fabric of Memory
By Heleen Schröder
The ruling principle in the work of Fatima Barznge is memory. In her paintings and works on paper she revisits the places, objects and atmospheres of a birthplace, cultural world and childhood to which return is impossible. Barznge grew up in Aghjalar, a rural village in Iraqi Kurdistan completely destroyed in 1988 in the Anfal war campaign, soon after the family’s departure. She studied business administration in Baghdad and in 1997 fled for political reasons and settled in the Netherlands where she graduated cum laude from the Royal Academy of Art (The Hague) in 2005.
The works are grouped together in series, in a sustained tension ranging from abstracted figuration to wholly nonrepresentational works. Many have highly worked, shimmering surfaces, networks built up of hatchings, dashes, darts and barbs, or small glaze-like patches of colour. The tissue of painstakingly interlaced markings evokes in both texture and method the traditional weaving workshops she attended as a child. The calm, repetitive activity of making seems intimately related to the work of memory and the working-through of the past.
deel via:
TwitterFacebooklinkedIn

Fatima Barznge (Iraq Kurdistan), now she lives and works in Rotterdam. practice comprises paintings, works on paper and collages. Fatima’s work has mainly to do with memories from her birthplace. These memories are about particular experiences from the past, in which she sketches a personal history of this and how this relates to her current residence in the Netherlands where she has lived since 1997 but also to presentday Iraq. After her studies for business administration at Mustanseryia university in Baghdad, she fled to The Netherlands where she graduated Cum Laude at the Royal Academy of Art in The Hague in 2005. Her work has been presented in solo and group exhibitions among others Stedelijk Museum Schiedam; OnArte Minusio Locarno; Museum De Buitenplaats Eelde; TENT platform for contemporary art Rotterdam and she exhibits regularly at gallery Sanaa Utrecht. Her work is in various collections including: NOG/ Stedelijk museum Schiedam,… 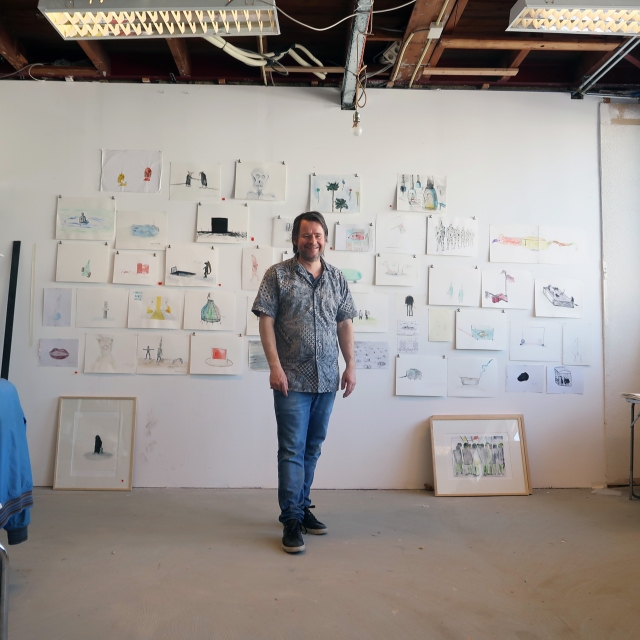